Why It’s So Important to Choose a Natural Anxiety Remedy

In today’s fast-paced world there’s hardly any time to relax at all, so it’s no surprise that anxiety levels have been steadily rising, particularly in younger age groups. While the symptoms of anxiety — including racing thoughts, shortness of breath, excessive self-consciousness, and social inhibition — can be troubling enough on their own, the problem is exacerbated even further when it seems like there’s no way for the fear to end.

Fortunately, though, help is on the horizon. The market for supplements designed to help people cope with anxiety has been booming, leading to a wider range of readily available solutions than we’ve ever had before.

However, not all anxiety aids were created equal. In today’s article, we’ll be discussing just how important it is to opt for a natural anxiety remedy when you’re considering how best to treat any anxiety issues you’ve been dealing with.

The Seriousness of the Problem

Not too long ago, mental health issues were practically not discussed at all. It’s possible to point to a number of different reasons for this, although social stigma is perhaps the most impactful of the lot. It’s not easy for people to come out and admit that they’re having a hard time coping, and because anxiety by nature is an isolating condition, more often than not sufferers have wound up feeling like they’re completely alone in attempting to deal with the issue.

To make matters more complicated, anxiety isn’t a simple thing to deal with. We all get anxious from time to time, and to a degree it’s a healthy thing to experience. As an illustrative example, imagine somebody starting to shake from fear when they’re thrown into a cage with a hungry lion. In that case, anxiety would be a totally normal reaction, and even a helpful one, since it triggers the body’s fight-or-flight response and makes it easier to escape the imminent danger.

The problem arises when anxiety is triggered in situations that don’t present any immediate peril, such as giving a presentation or speaking in public. While you’re unlikely to die as you’re shuffling through your slides, it can certainly feel like you’re about to; and the same concept holds through for countless other situations which vary from person to person.

Thankfully, we’re finally beginning to move past stigmatizing mental health issues, and anxiety has been leading the charge towards widespread acceptance. This has been helped no end by the significant amount of popular figures who have come out and admitted their own struggles with the condition.

In addition to the social advances being made in understanding anxiety, modern medicine has been progressing in leaps and bounds, with the result that we now have a number of different remedies for when we’re feeling anxious and worried.

The most common medicinal treatment for anxiety is a class of drug known as the benzodiazepines, or “benzos” for short. You’ve no doubt heard of the likes of Xanax and Valium, which are two of the most popular benzodiazepines on the market today.

Until relatively recently, benzos were marketed as miracle cures for anxiety, but medical literature has been pointing to some seriously troubling concerns that go hand-in-hand with these medications.

The Trouble with Benzodiazepines

Benzodiazepines are depressants, which means that they help your central nervous system to effectively wind down, robbing anxiety of its razor-sharp edge and allowing patients to calm down in a matter of a few minutes. They’re also among the most addictive chemicals on the planet, and along with alcohol and heroin are some of the only substances which can cause death as a result of withdrawal.

Benzos also build tolerance rapidly, forcing the user to take more and more to get the same effect. This, combined with their addictive potential, has been steering psychiatrists away from prescribing benzodiazepines on a long-term basis.

Even so, the problem has been continuing to grow in size and severity in recent times, encouraging scientific experts everywhere to conduct extensive research into natural anxiety supplements as a healthy alternative.

Why Natural Alternatives Should Be Considered

Rather than using benzodiazepines and similar medications as first-line treatments for anxiety, it can be a good idea to consider natural anxiety remedies. By opting for a natural choice, not only will you be avoiding the twin issues of tolerance and dependency altogether — you’ll also be empowering yourself by taking your anxiety by the scruff of the neck. This degree of self-control can lead to significant boosts in self-esteem and overall confidence levels which will stand to you no matter what you go on to do in life.

Just like with prescription medications, though, there’s no end to the list of natural remedies out there. That’s why we’ve decided to cut through all the white noise and focus on one product in particular that has shown incredibly promising results as a natural anxiety remedy: Nuphorin.

Derived entirely from natural ingredients, Nuphorin combines key herbs, minerals, and amino acids in a revolutionary new formulation that has been specifically designed to support a healthy response to stress. Each and every ingredient that goes into this natural anxiety remedy was carefully chosen in order to take action quickly and help you feel calm and relaxed sooner rather than later.

The supplement itself comes in the form of small chlorophyll vegetarian capsules which can be easily taken on a daily basis, without the risk of tolerance and devastating addiction. Unlike benzodiazepines, Nuphorin poses no risk of seizure upon withdrawal. It takes aim at the root cause of anxiety — suboptimal neurotransmitter levels — in order to provide its users the kind of tranquility they’ve been craving but have been unable to find.

Whether you’ve tried everything under the sun for your anxiety or this is your first time seeking help for the condition, Nuphorin might just be the answer you’ve been searching for. If you’d like to learn more about why this natural anxiety remedy is taking the medical industry by storm, feel free to get in touch with us today — a member of our experienced and professional team will be happy to walk you through anything that still isn’t 100% clear. 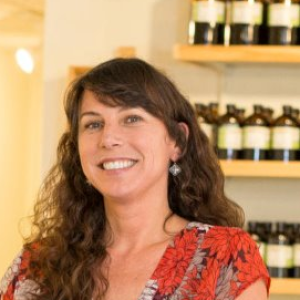 Got a Question? Call Us